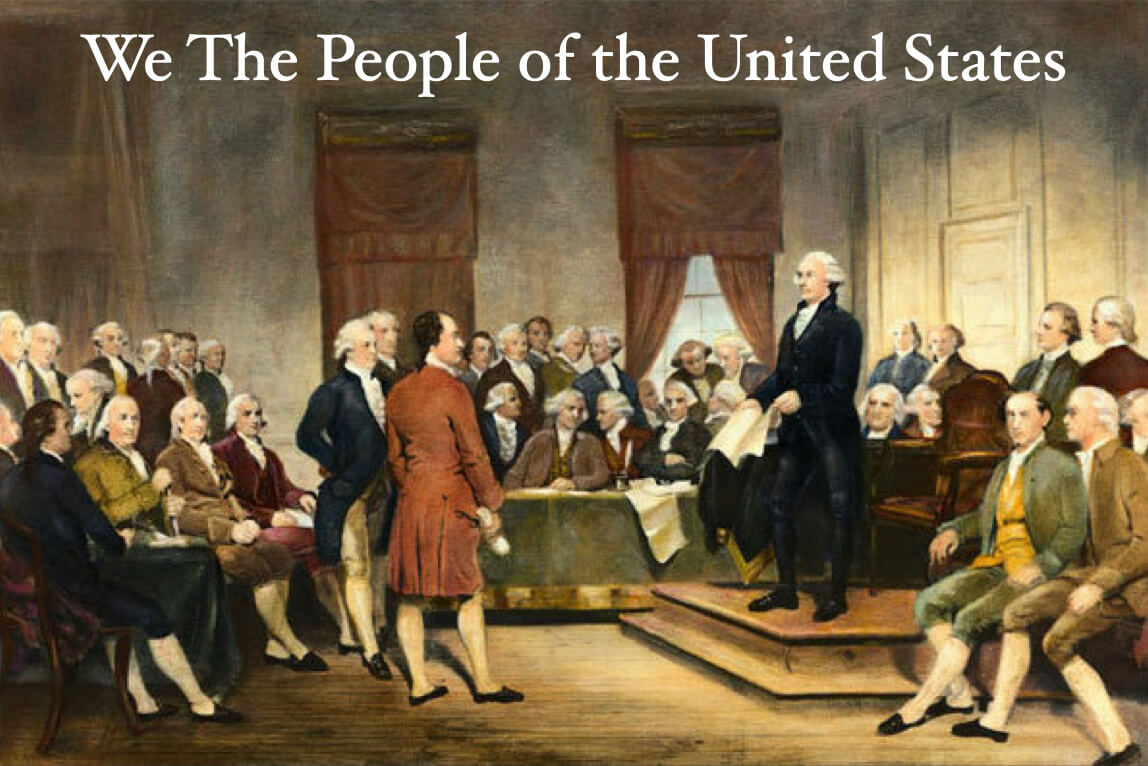 December 15th is the day we commemorate the ratification of the Bill of Rights first ten amendments to the U.S. Constitution.

President Thomas Jefferson argued: “A bill of rights is what the people are entitled to against every government on earth, general or particular, and what no just government should refuse, or rest on inference.”

Inspired by Jefferson, James Madison initially presented 19 amendments for ratification, after much debate amendments three through twelve were ratified as our Bill of Rights. On December 15, 1791 the Constitution’s first ten amendments became the law of the land.

The Bill of Rights genesis beckons back to the days of England’s rule over its servants. The Barons signed the Magna Carta (1215) establishing the principle that everyone is subject to the law, even the king. The Magna Carta or ‘The Great Charter’ guarantees the rights of individuals, the right to justice and the right to a fair trial.

Then as now, it is clear that the Bill of Rights prevents any abuses of power that would impede upon our rights as citizens of the United States.

“The Bill of Rights is the guardian of our security as well as our liberty.” —John F. Kennedy (35th president).

The Bill of Rights protect our most fundamental rights—freedom of speech, protest, and conscience, and guarantees our equal protection under the law.

First Amendment
Right to freedom from religion, freedom of any religion or no religion, and freedom of speech, press, peaceable assembly and grievance petition.

Third Amendment
Right to freedom from forced housing of soldiers without consent or law.

Fourth Amendment
Right to freedom from search and seizure without probable cause and sworn warrant.

Fifth Amendment
Right of accused in criminal cases to grand jury determination, no double jeopardy, no self-incrimination, and no private property seizure without just compensation.

Ninth Amendment
Rights provided may not deny or disparage others retained by the people.

Tenth Amendment
Powers not provided federal government reserved to the states or people.

The United States became the first nation in history to constitutionally provide individual freedom of belief with no acknowledgment of dependency on a higher authority.

The Universal Declaration of Human Rights adopted by the United Nations (1948) was inspired by our Bill of Rights, “… everyone shall have the right to freedom of thought, conscience and religion” and other individual liberties.

“The Universal Declaration of Human Rights … stands as a landmark achievement in the history of human liberty.” —George W. Bush (43rd president).

America’s individual right to freedom of belief is our precious constitutional liberty. Every day, our civil liberties are threatened by existential challenges to our rights. The Bill of Rights is the standard for democracy around the world, we can rejoice that we are afforded these civil liberties.

The United States is a representative democracy. Our government is elected by citizens who can vote and take part in the decisions that affect the way their country is run.

About: On Balance Search Consultants

On Balance offers great insight and industry intelligence. Shari Davidson, president of On Balance Search Consultants, advises experienced attorneys at every stage of their career to take them to the next level. From making the lateral partner move to succession planning.

Shari takes a proactive approach to advising law firms on how to take a firm to the next level and helps rising talent make the transition to the right law firm. On Balance Search identifies opportunities that exist today, not down the road.

Please note that the content of this blog does not constitute legal advice and is only intended for the educational purpose of the reader. Please consult your legal counsel for specifics regarding your specific circumstances and the laws in your states pertaining to social media and any legal restrictions regarding the law.

Clients That Go Dark: Not Feeling The Love

Rainmakers: Are you being properly compensated at the firm?

What Legal Recruiters are Looking For: GRIT